“And such as do wickedly against the covenant shall he corrupt by flatteries:
but the people that do know their God shall be strong, and do exploits.”

“Watch ye, stand fast in the faith, quit you like men, be strong.”

“If any man love not the Lord Jesus Christ, let him be Anathema Maranatha.”

The world has created its own fantasy illusion of brave, mighty, tough, and successful men.

David gathered and organized the most elite and successful fighting force of men in history.

A brief review of David’s mighty men is valuable to appreciate their skill and faithfulness.

The Lord seeks a few good men, who will be courageous in the spiritual war of the last days. 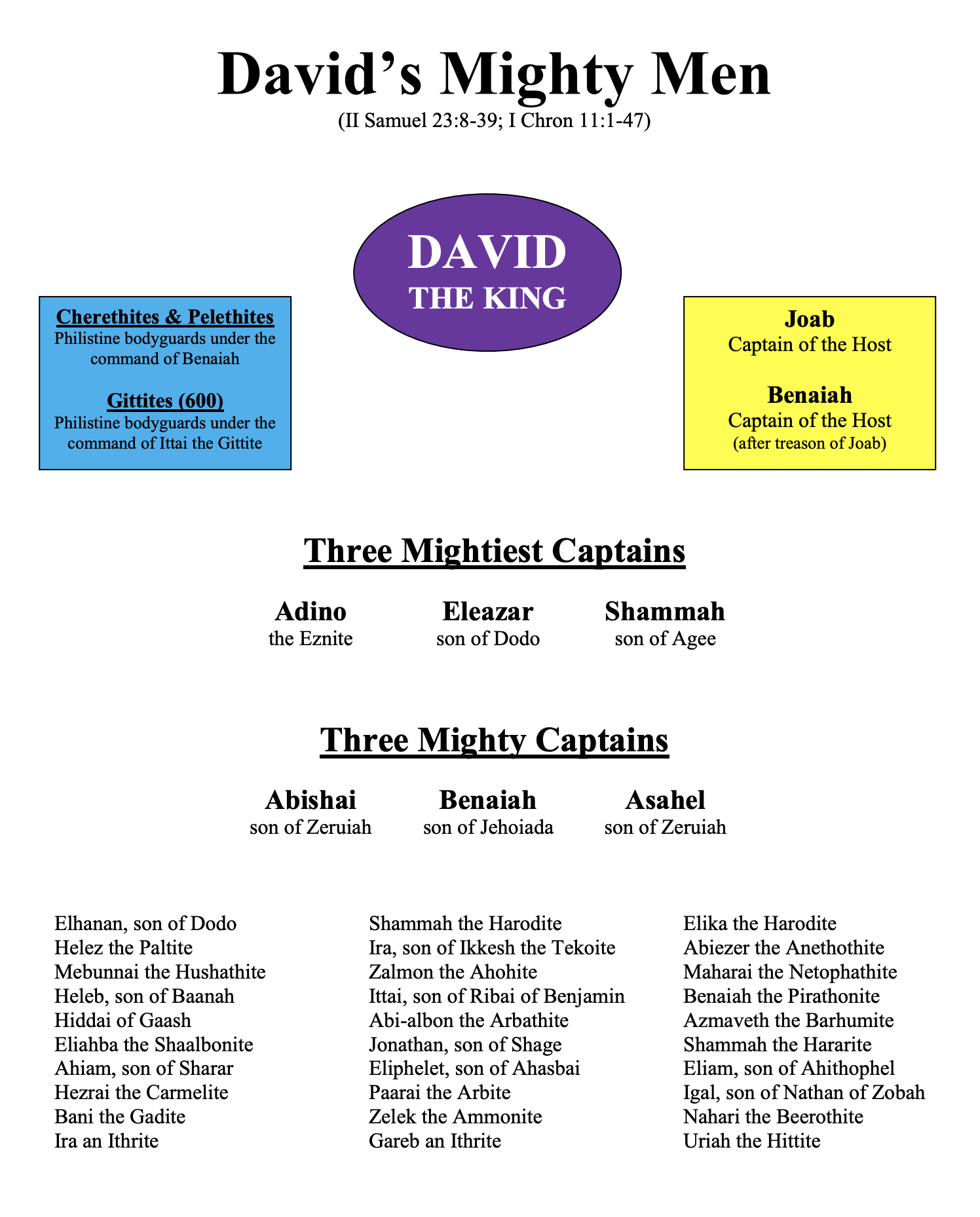