How God Confounded
Textual Critics and Translators
with I Samuel 13:1 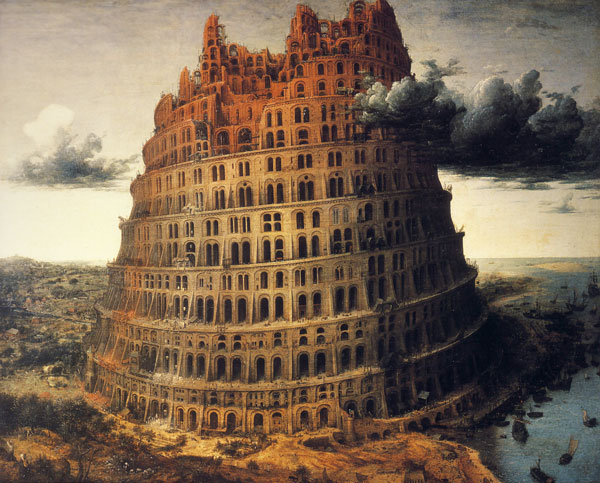 A tall building built by pagan Babylonians to unite mankind

“And the LORD said, Behold, the people is one, and they have all one language; and this they begin to do: and now nothing will be restrained from them, which they have imagined to do. Go to, let us go down, and there confound their language, that they may not understand one another’s speech. So the LORD scattered them abroad from thence upon the face of all the earth: and they left off to build the city. Therefore is the name of it called Babel; because the LORD did there confound the language of all the earth: and from thence did the LORD scatter them abroad upon the face of all the earth.”

A tall stack of modern Bible perversions to unite mankind

“And if the prophet be deceived when he hath spoken a thing, I the LORD have deceived that prophet, and I will stretch out my hand upon him, and will destroy him from the midst of my people Israel.”

“At that time Jesus answered and said, I thank thee, O Father, Lord of heaven and earth, because thou hast hid these things from the wise and prudent, and hast revealed them unto babes. Even so, Father: for so it seemed good in thy sight.”

“O Timothy, keep that which is committed to thy trust, avoiding profane and vain babblings, and oppositions of science falsely so called: Which some professing have erred concerning the faith. Grace be with thee. Amen.”

Saul reigned one yeere, and when he
had reigned two yeeres ouer Israel,

All Bible versions admit Saul was a very tall, grown man when he became king (I Sam 9:1-2), and that he reigned exactly forty years over Israel (Acts 13:21).

Saul reigned one year; and when he
had reigned two years over Israel,

Where Is the Textual Critic?

1. Which versions completely drop the verse without even an ellipsis?

2. Which version teaches that Saul was only 1 year old when he became king?

3. Which versions teach that Saul reigned for only 2 years over Israel?

4. Which version teaches that Saul reigned for 22 years over Israel?

5. Which versions teach that Saul reigned for 32 years over Israel?

6. Which versions teach that Saul reigned for 42 years over Israel?

7. Which version simply has an ellipsis for the entire verse?

8. Does the New Scofield Bible look like the King James that it claims to be?

9. Which version puts the whole verse in a single parenthesis?

10. Which version puts the whole verse in double parentheses?

11. Which version puts a question mark for Saul’s age so you can guess at it?

12. Which version sounds like M.C. Hammer or Puff Daddy wrote it?

14. Which versions call themselves a standard but contradict themselves?

1. Why Does the Bible Contradict Itself? exposes scholars destroying the integrity and wisdom of Scripture.
2. Every Word of God, is a detailed study Jesus and Paul arguing doctrine from single words of Scripture.
3. Is God the Author of Confusion? proves that God wrote the Bible in such a way to confound scholars.